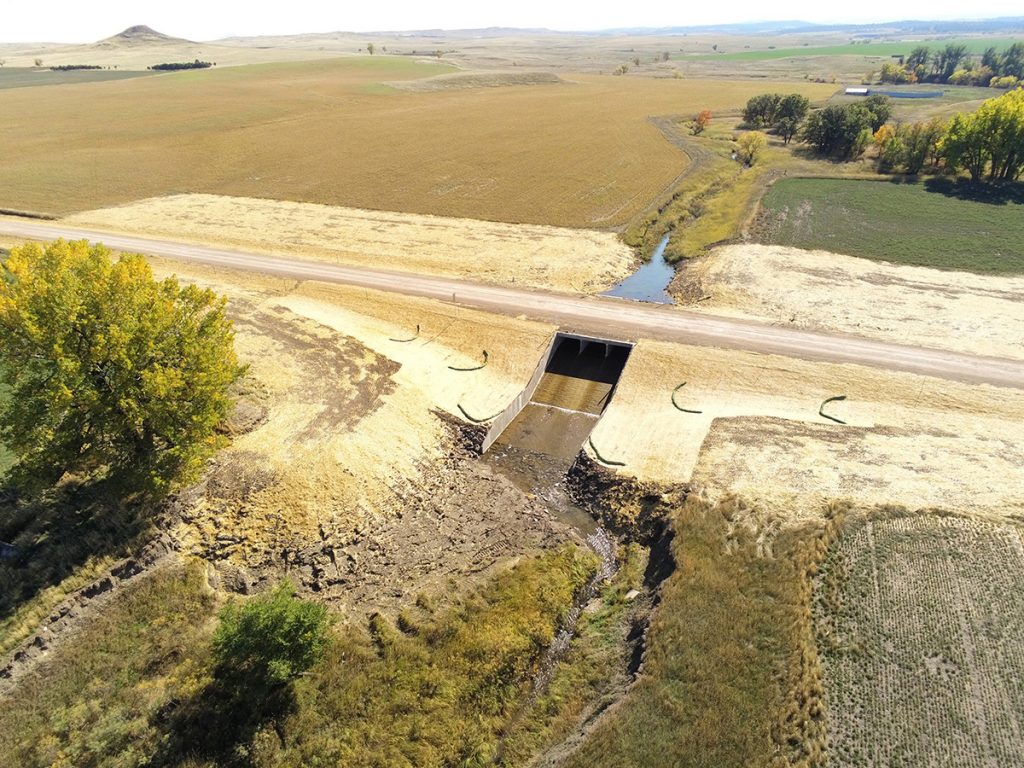 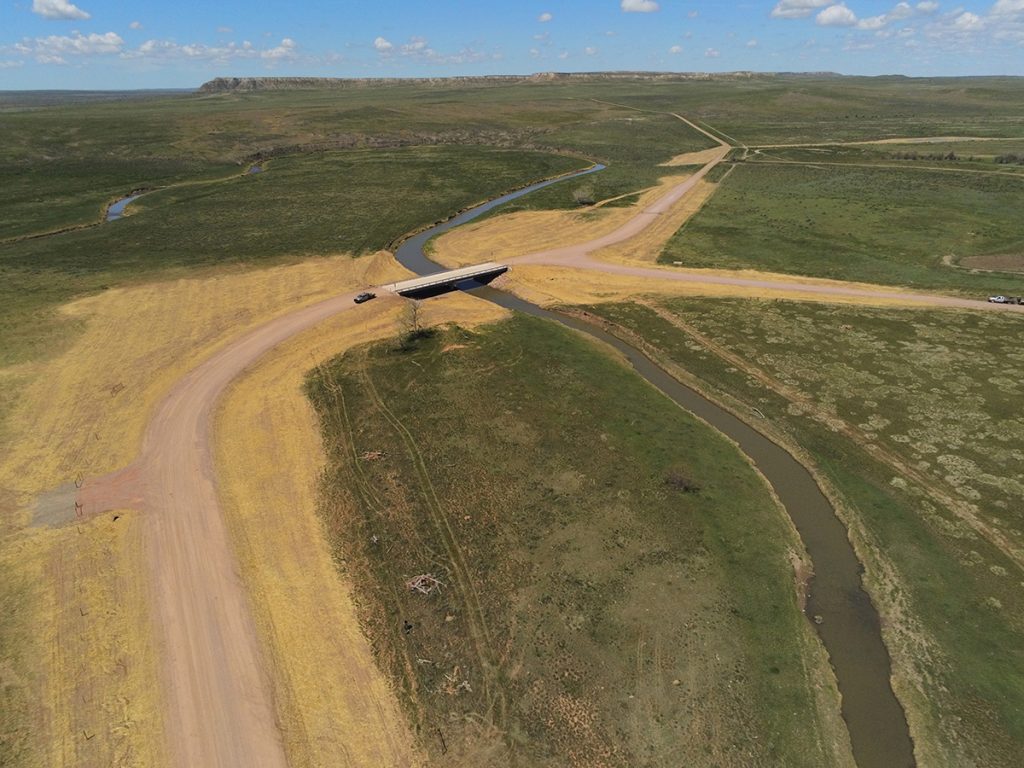 FALL RIVER COUNTY, SOUTH DAKOTA  The Argentine Road Bridge Reconstruction project is located northwest of Edgemont, South Dakota, near Burdock in Fall River County.  Spanning Beaver Creek, the original structure was aging and in need of replacement. As a result, the project was awarded funding for replacement through the SD Bridge Improvement Grant program. The […] 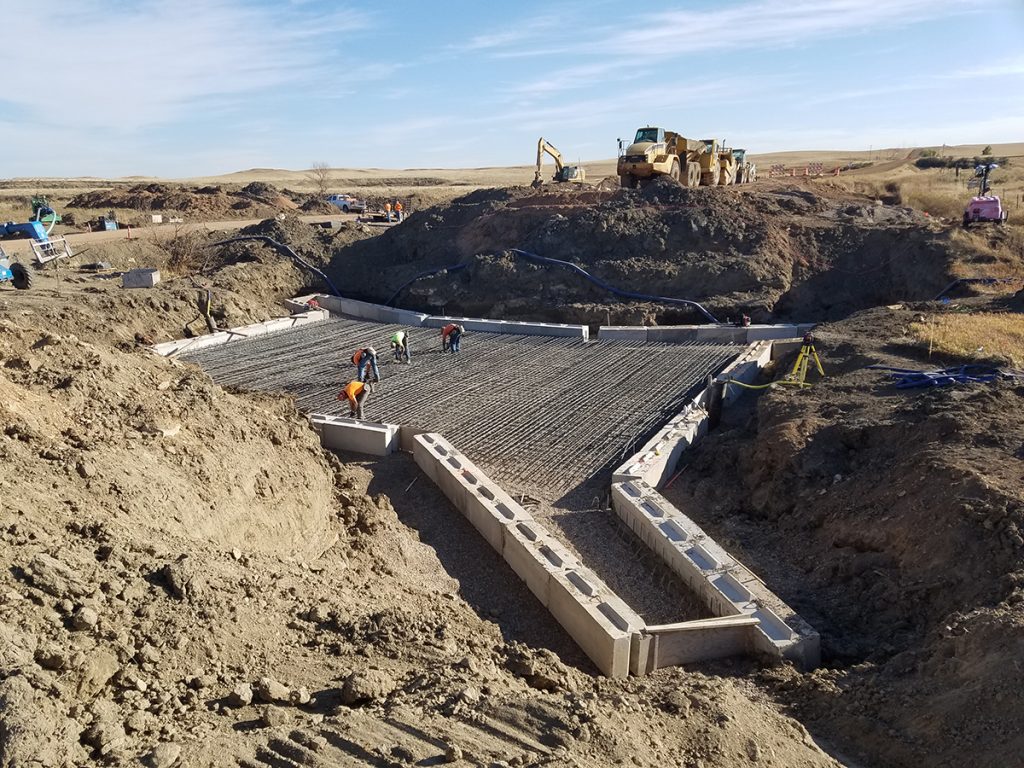 FALLON COUNTY, MONTANA  The Plevna Road North Structure project replaced a narrow 100-foot-long timber bridge with a 48-foot-long triple 14’ by 14’ cast-in-place reinforced concrete box culvert. To improve safety and drainage, the existing roadbed and drainage ditches were regraded. To eliminate the burden of traffic having to make an excessive detour around the bridge, […] 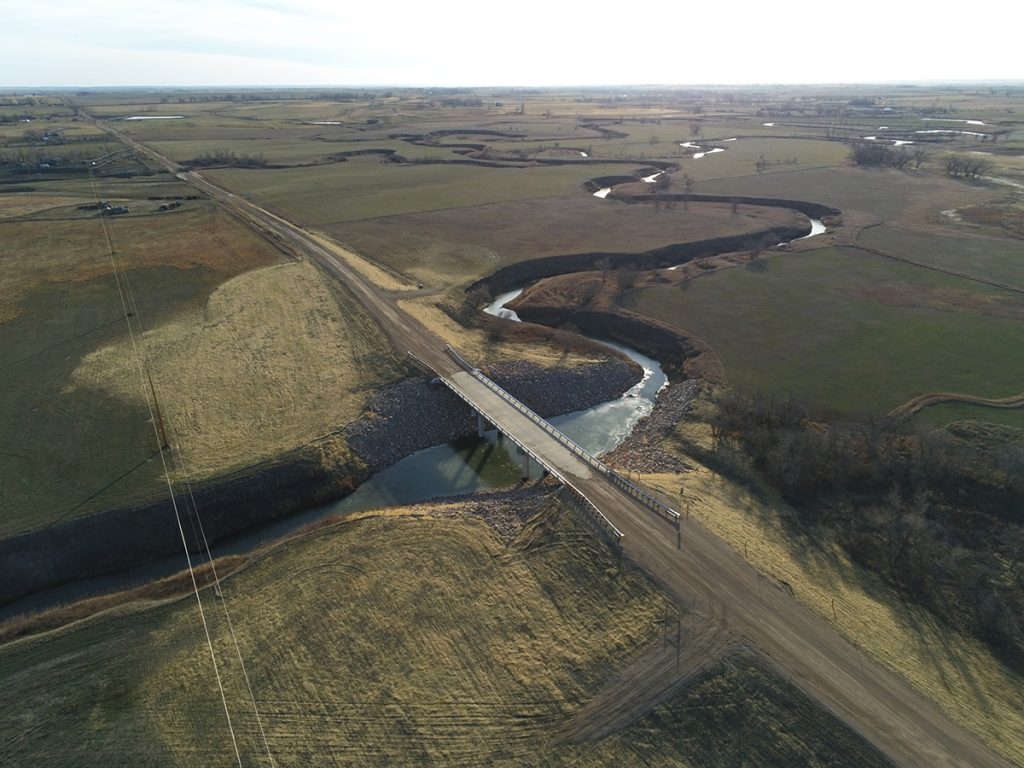 BUTTE COUNTY, SOUTH DAKOTA  The Orman Road Bridge Reconstruction project is located northwest of Newell, South Dakota in Butte County. Spanning Indian Creek, the original structure was aging and in need of replacement. As a result, the project was awarded funding for replacement through the SD Bridge Improvement Grant program. The existing 95’ steel truss […] 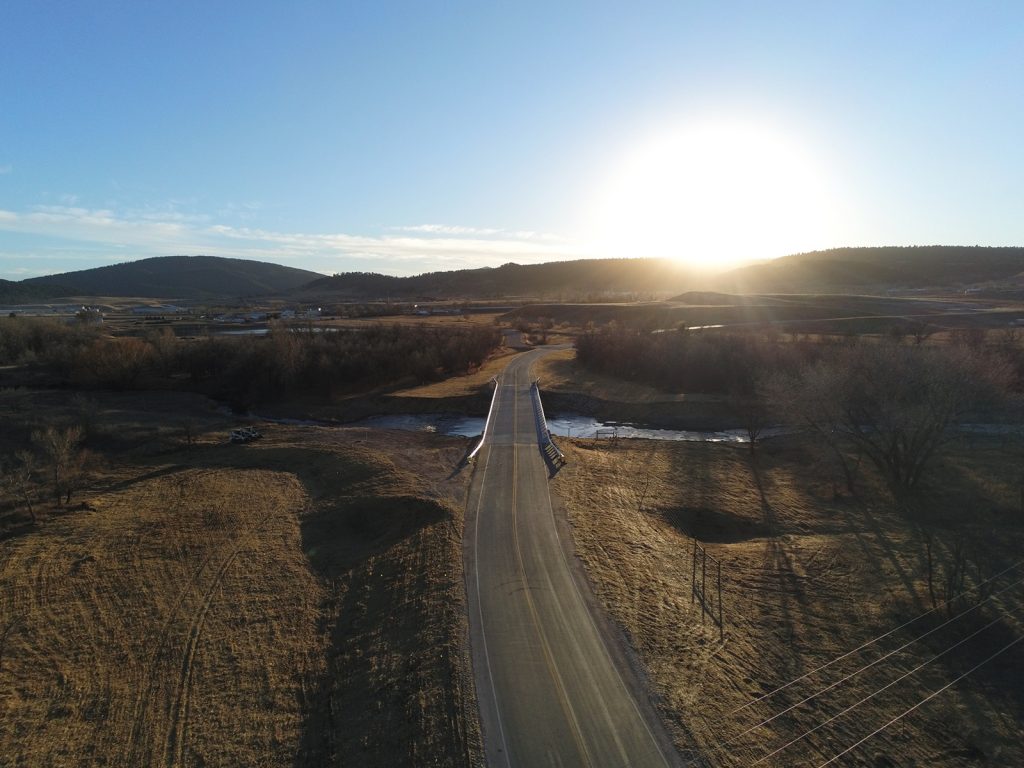 LAWRENCE COUNTY, SOUTH DAKOTA  Whitewood Creek flows from its headwaters south of Deadwood to its confluence with the Belle Fourche River.  As such, this mountain streams runs northeast of the City of Whitewood. Located in the heart of Lawrence County, this structure crosses the creek near the City. The existing structure was a 186’ five-span continuous […] 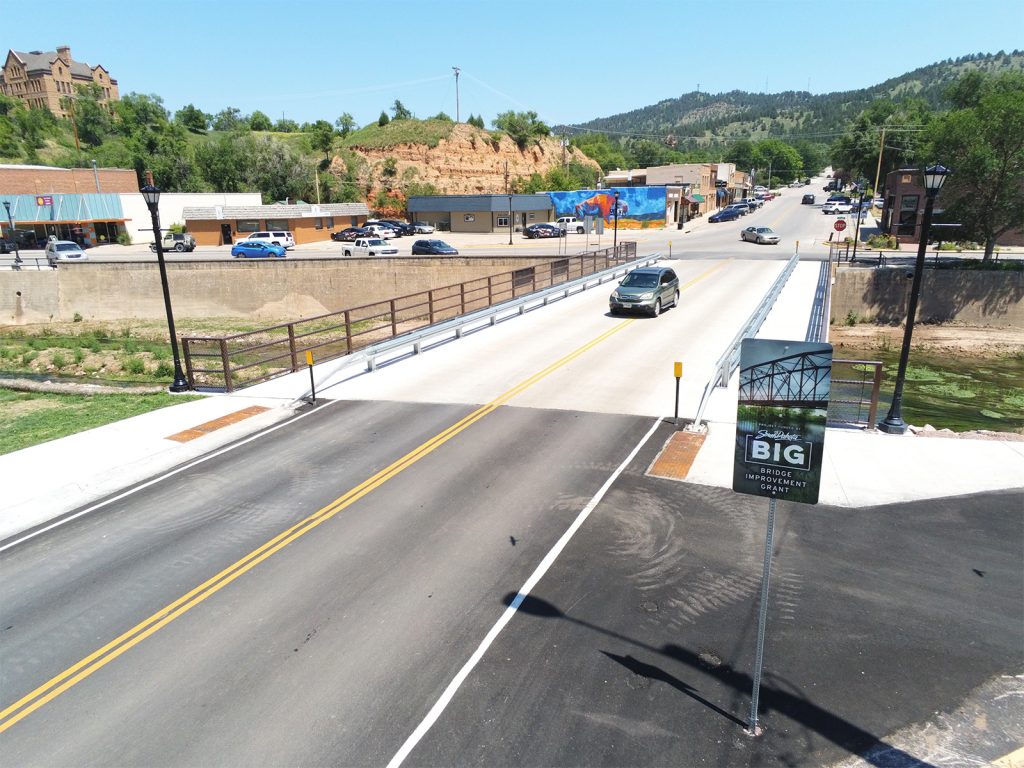 PARKSTON, SOUTH DAKOTA The Depot Street Bridge which crosses Pony Creek received approval for a Replacement Bridge Improvement Grant via the South Dakota Department of Transportation. The bridge design and construction engineering were completed in conjunction with City of Parkston’s Depot Street Reconstruction project. The project included the removal of the existing 25’ long single […] 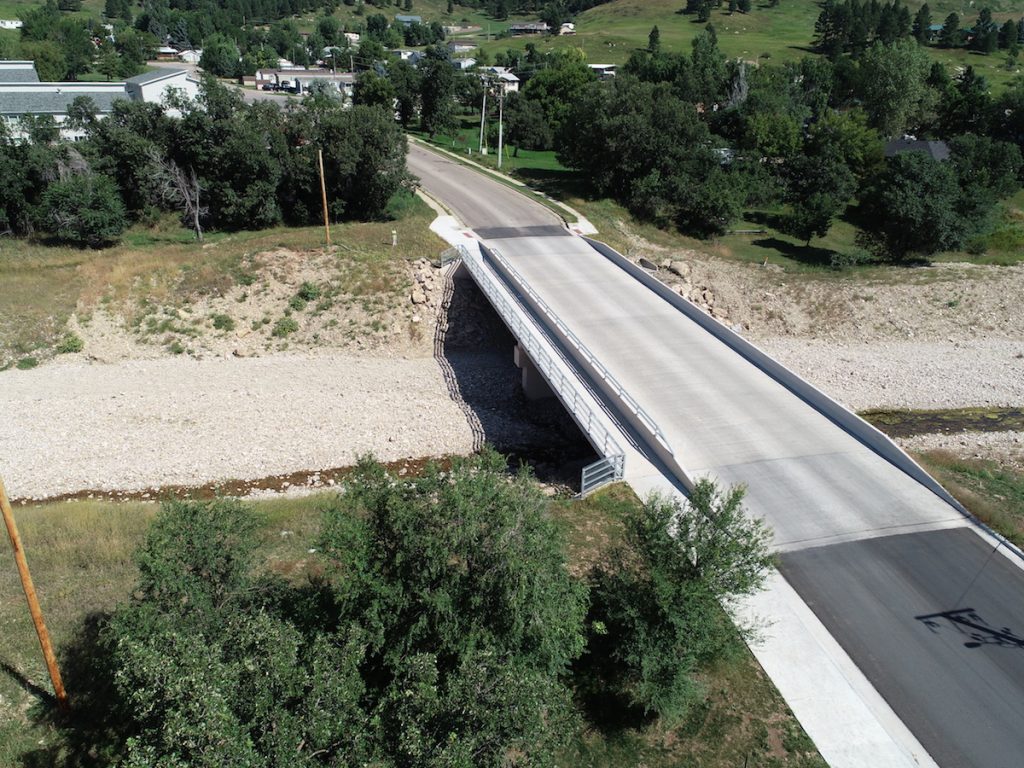 STURGIS, SOUTH DAKOTA An important component of the City of Sturgis’s infrastructure, the 9th Street Bridge serves as a primary means of access to all residences north of Bear Butte Creek. While the 9th Street Bridge had not failed an inspection, it was showing signs of deterioration which the city decided to address sooner rather than […] 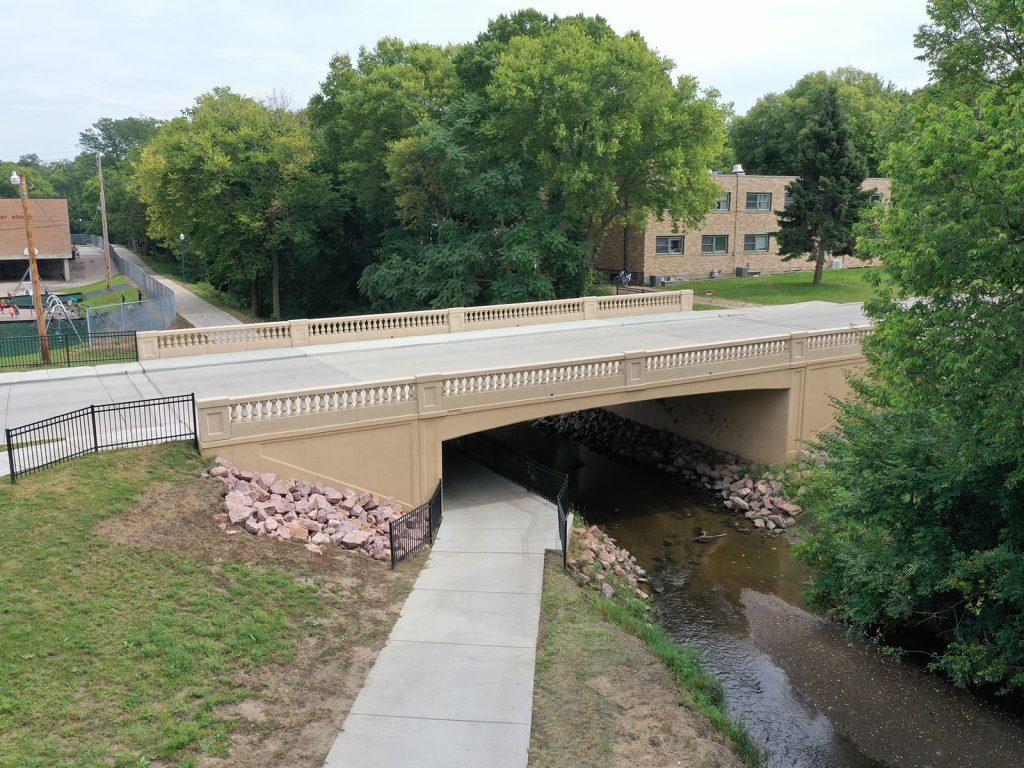 YANKTON, SOUTH DAKOTA Originally a historic concrete arch bridge with an arch span of 40’-0”, the Pine Street Bridge in Yankton was aging and in need of replacement. Although design options were limited, Brosz Engineering elected to replicate the design cues of the existing concrete arch structure. The team created a 50’-8” single span rigid […] 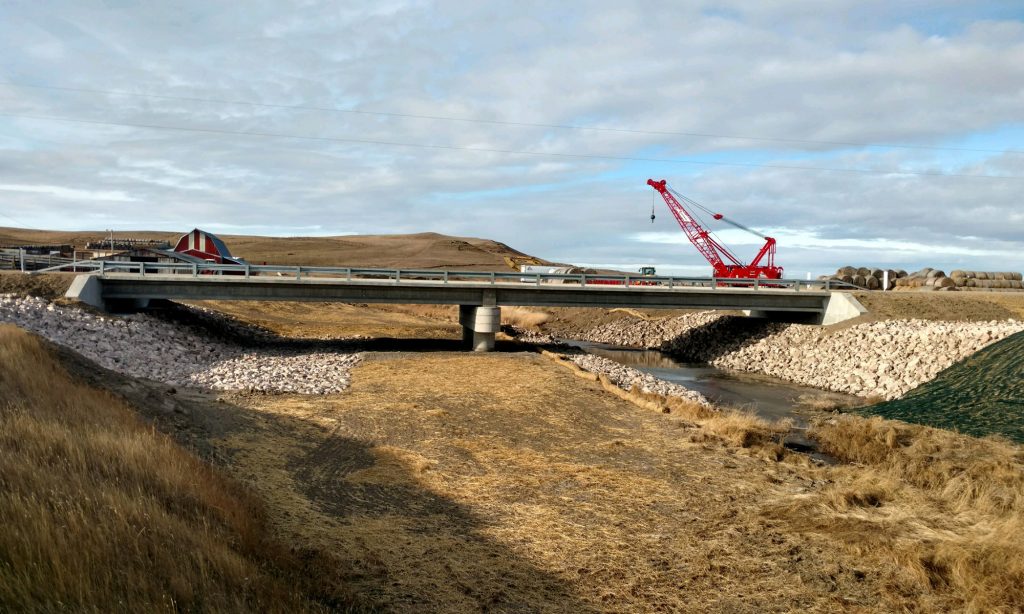 HARDING COUNTY, SOUTH DAKOTA (NEAR RALPH) Some believe Big Nasty Creek received its name from its discolored water. Others say the stream was “nasty to cross”.  While still others say the name was descriptive of the cowboys who frequented the area. In any case, the original structure near Ralph was deteriorating. As a result, Harding […]